The $1 million to $3 million segment of the West Vancouver housing market is expected to be the driving force through spring after moderate sales at an average of $2.3 million were seen in January.

The main area of concern for West Vancouver homebuyers is housing supply in the neighbourhoods they are shopping in. The buyers in the West Vancouver area are typically luxury seekers, retirees and suburban families.

So, what are the best neighbourhoods in West Vancouver to buy a house? RE/MAX explores more than 300 of Canada’s most liveable hot spots in the new 2020 Liveability Report. Here are our top picks in Vancouver West.

10 Most Liveable Neighbourhoods in West Vancouver

Up and Coming Neighbourhoods in West Vancouver

The up and coming neighbourhoods in West Vancouver include Ambleside and Horseshoe Bay. These neighbourhoods boast proximity to public transit, preferred schools and big box stores. They also offer access to natural settings, such as the seawall and beaches, which are some of the top liveability factors that homebuyers look for.

Each of the neighbourhoods continue to see a mix of housing in their markets, which is a key indication of their continued improvement. “More condos and rental buildings are continuing to develop, especially in Park Royal and Ambleside. Park Royal specifically will eventually become a transit hub and help decrease traffic into Downtown Vancouver. We’re also seeing increased entertainment offerings in many neighbourhoods. New developments are giving a facelift to some of the older, more tired areas in the region and are creating more vitality, cleaner streetscapes, and encouraging a more culturally and economically diverse West Vancouver”.

West Vancouver at a Glance

West Vancouver is a municipality of Vancouver and sits on the northern side of English Bay. West Vancouver is home to Canada’s first shopping mall, Park Royal Shopping Centre and is also the home of the Horseshoe Bay Ferry Terminal, one of the main connecting points between the British Columbia mainland and Vancouver Island. Like Vancouver, West Vancouver boasts great proximity to outdoor spaces, as well as shopping restaurants and other common amenities. 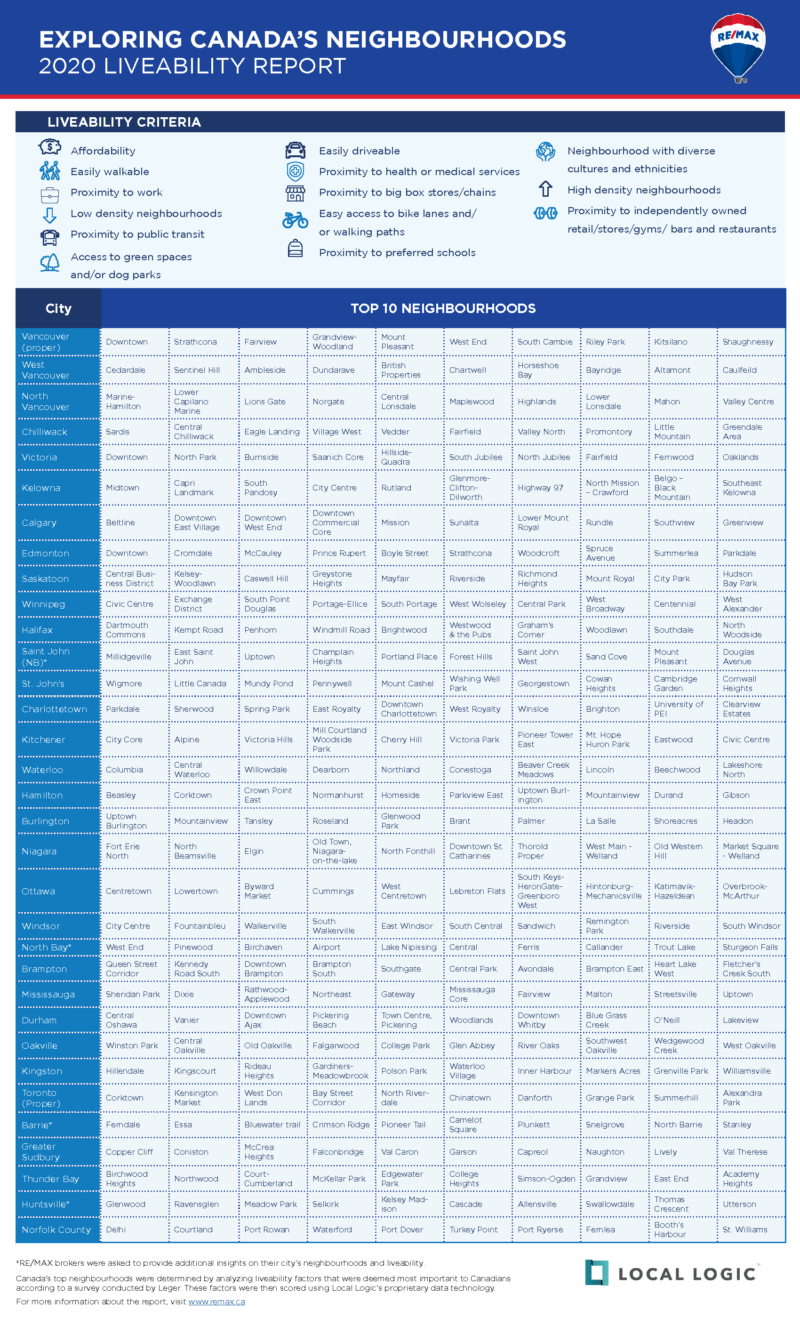 Liveability is about quality of life at a local level. A neighbourhood’s dynamism, or lack thereof, involves a delicate convergence between independent small businesses, public institutions, arts and culture, green spaces and housing, to name a few. The COVID-19 tragedy will impact neighbourhood ecosystems differently across the country, just as the virus itself has. Yet, civic/local pride has been proliferating throughout this crisis in inspiring ways, giving Canadians hope that micro-economies, including real estate, have the resilience to be restored in the near and mid-term.


A home is the biggest transaction most of us will ever make. That’s why it’s important to work with an experienced and knowledgeable real estate agent. For more than 20 years, RE/MAX has been the leading real estate organization in Canada and beyond. With a presence in over 100 countries and territories, the RE/MAX network’s global footprint is unmatched by any other real estate brand. RE/MAX has always been an industry leader, adopting the latest technology and creating innovative marketing programs. RE/MAX was the first brand to expand its reach world-wide through a revolutionary global listing site, featuring listings from more than 80 countries, displayed in over 40 languages. Closer to home is RE/MAX’s deep commitment to the communities we operate in. Our exclusive Miracle Home Program allows RE/MAX agents to donate a portion of every home sale to Children’s Miracle Network.